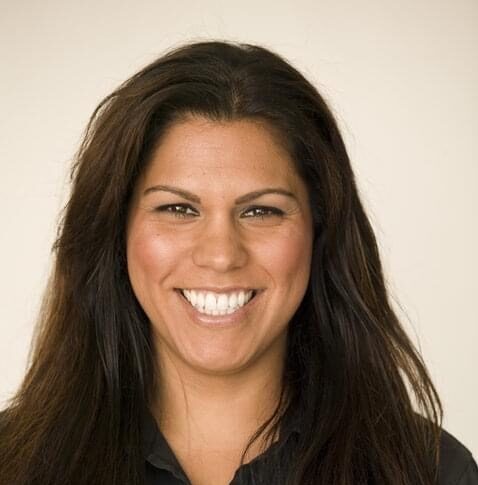 “Are you ready?” asked the mortician.

He was about to reveal my fiancé’s body for the first time since it happened. Since we were not married yet, I couldn’t see him in the hospital. I knew that if I didn’t do this, I was going to lose my last chance to see him physically.

There we were, in 2011, at the dinner table talking about what we wanted to do with our bodies after we died. I mean, we thought it was bizarre to talk about this now, especially since we were both only 30 years old. But because we had just gotten engaged, our lawyer thought it would be a good idea for us to sort out all the paperwork before we got hitched.

Did we want to be donors or not? Did we want to be buried or cremated? Where was the service going to take place, in Los Angeles, where we both lived or in our native states? How much money would we need to set aside to pay for all of this? Yada, yada, yada.

And just a few years later after we had this discussion, I found myself standing in front of his covered body holding his favorite suit. The day I bought him that suit, I never thought in a million years that, this suit was going to be the one I was going to dress him in for his funeral.

I took a deep breath as the mortician uncovered his body. I couldn’t believe what I was seeing. I mean it was him, but it wasn’t.

We had to lift him up, hold him and dress him, but we were having so much difficulty because he hardly had no base left. He had no eyes to see, no legs to walk, no hands to touch, no lungs to breathe, and no heart to beat.

And in that very moment, I had an epiphany. 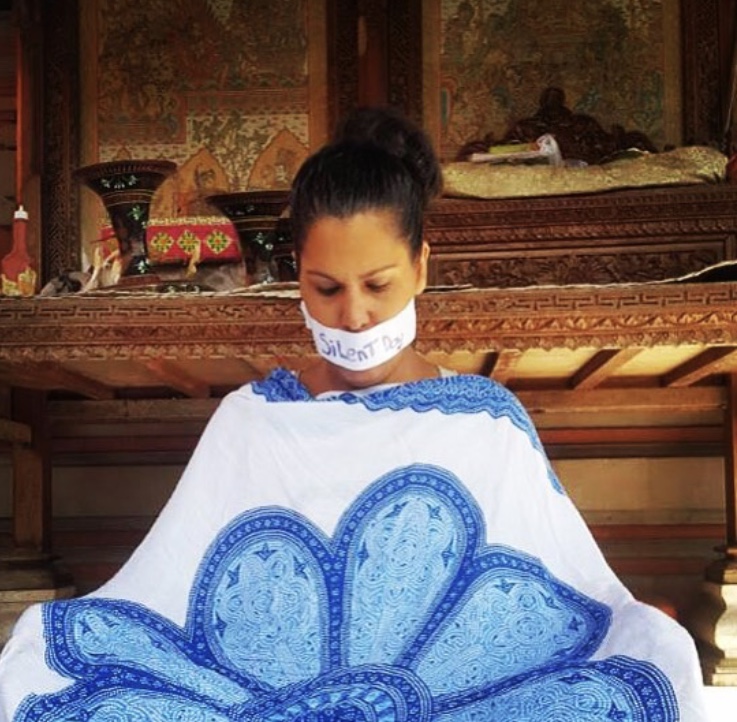 I realized that I was wearing an earthly suit simply so I could actually experience earth - to hear earthly harmonies through my ears, to speak motivational and meaningful sounds through my mouth, to feel warmth and love through my heart, to touch and experiment through my hands, to see beautiful sights through my eyes, to taste deliciousness through my tongue, and to smell bliss through my nose. At that moment, I realized what our body’s purpose was. We were not born with this specific “suit”, so we could live in a square, work in an unfulfilling job, pay bills, and die.

And at that moment, I knew exactly what I needed to do. 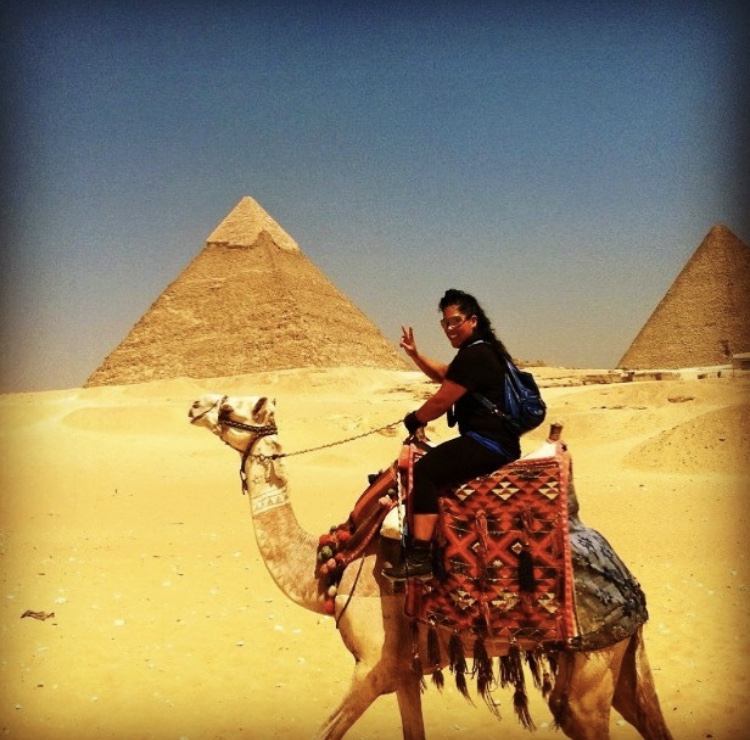 On the day of love, February 14th, 2014, I took a plane out to Kerala, India to unlearn everything that I had learned from the day I was born. I wanted to go back to zero. I figured I would go there to heal (do some yoga and meditate) and then I would figure out what I was going to do with the rest of my life moving forward.

And well long story short, I am now healed and I never went back to LA. I have been traveling the world since then, non-stop. I guess it’s true, “time does fly when you’re having fun”. So far, I have experienced over 60 countries and its people and their culture in six continents. 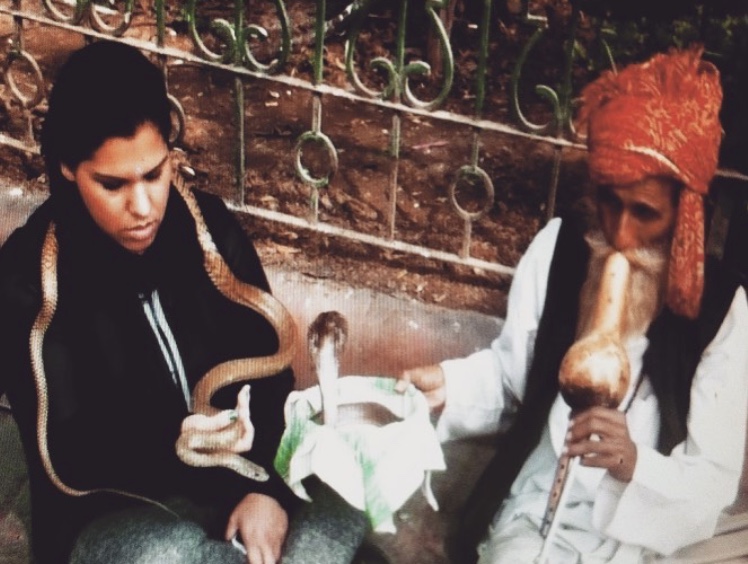 Below are just a few examples of how I have used this human suit to experience my time here on earth.

I have smoked shisha with middle easterners in small tiny souks, I have gotten drunk off Glühwein at the Christmas markets with Europeans, I have experienced coffee readings from gypsies, I have consumed mushrooms with the hippies on the islands, I have danced with the Aborigines of Australia, I have drank ayahuasca from shamans in Peru, I have had extensive sloughing experiences from Greeks and Turks in their Hamams, I have karaoke’d with the Koreans, I have danced bangra with the Punjabi’s, I have practiced Ramadan with the Muslims, I have enjoyed Nyepi with the Hindu’s, I have meditated with the monks in Asia, I have learned to whirl from dancing dervishes from Konya and I have even dabbled my hands a bit as a snake charmer in India. 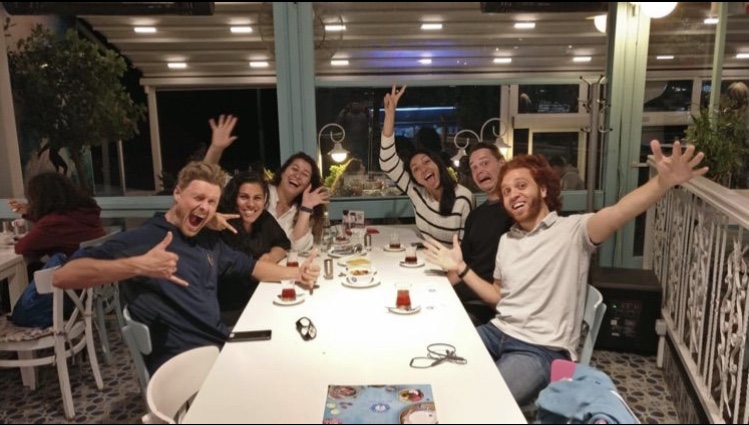 I am constantly scammed. I have almost been robbed, raped, and killed. I have gotten a few different types of malaria, food & water poisoning, fungi, and other kinds of bacteria that I cannot even pronounce, and I have even had a few near death experiences.

BUT if you were to ask me, would I change my life?

Hi, my name is Conscious DeMi and I am a soulo-female traveler.

Sometimes when we think something “bad” has happened to us, in time, we actually realize it was a blessing in disguise. If I would have never experienced Death, I would have never had the nerve to live my dreams and travel the world soulo. So the next time you think something “’bad” has happened to you, I would take a good look at that situation and see what it actually is trying to teach you. Experiencing Death has actually taught me to live. And because Death motivated me and keeps motivating me, I have realized that while uncovering the world, I have actually uncovered my Self, all at the same time. I am currently writing a book about my Self-uncovery journey called, ‘Uncover The Hidden You’. I am writing this book with the hopes to inspire you to take that first step to soulo-travel or keep traveling the world, so you too can uncover the hidden you.

Sending you light, love, and life!

Thinking about solo traveling for the very first time? See others who have @travsolo for more inspiration.

From Trusting a Stranger in Uzbekistan to Challenging your Preconceptions

TravSolo aims to inspire through authentic storytelling, by sharing real travel experiences Tell me a little bit about yourself: What do you do for a living? I'm a travel writer…
Read More

TravSolo aims to inspire through authentic storytelling, by sharing real travel experiences “Are you ready?” asked the mortician. He was about to reveal my fiancé’s body for the first time…
Read More

TravSolo aims to inspire through authentic storytelling, by sharing real travel experiences Tell me a little bit about yourself: What do you do for a living? I’m DeAnna, a criminal…
Read More

TravSolo aims to inspire through authentic storytelling, by sharing real travel experiences Tell me a little bit about yourself: What do you do for a living? Before I left home…
Read More

TravSolo aims to inspire through authentic storytelling, by sharing real travel experiences Tell me a little bit about yourself: What do you do for a living? I tend to change…
Read More

TravSolo aims to inspire through authentic storytelling, by sharing real travel experiences Tell me a little bit about yourself: What do you do for a living? Officially, I am the…
Read More

Clare Marie is a storyteller, experience designer, and empathy activist. Her latest project, DateBetter.co, combines many of her passions to help you make more meaningful connections through profile optimization, coaching,…
Read More

TravSolo aims to inspire through authentic storytelling, by sharing real travel experiences What are your thoughts of traveling solo? It forces me to immerse myself in the local culture. It…
Read More